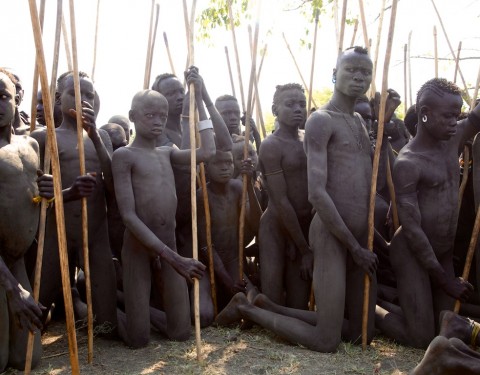 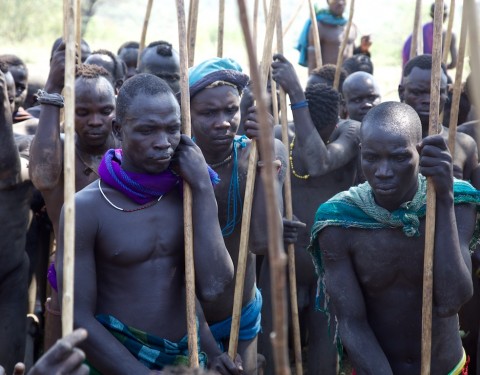 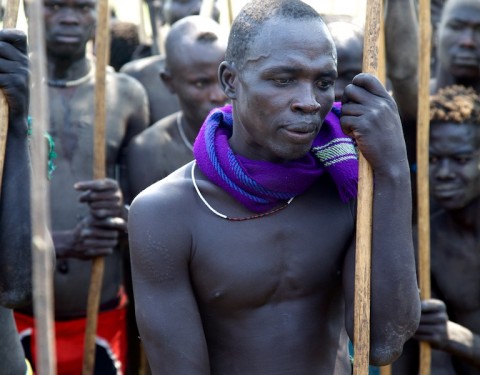 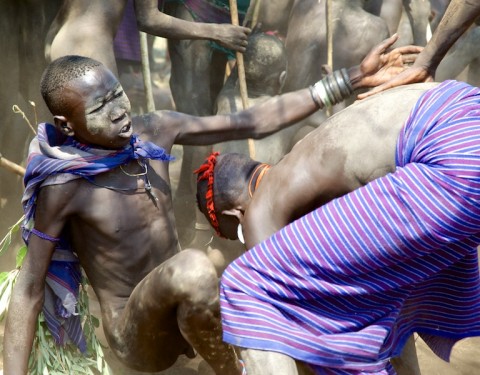 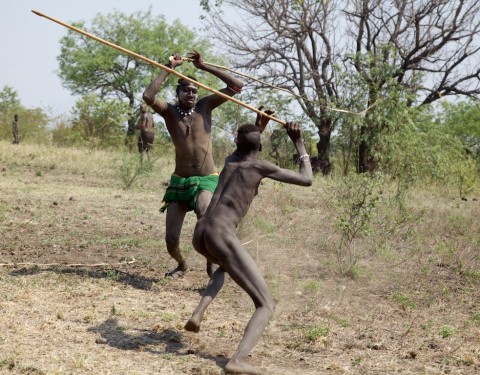 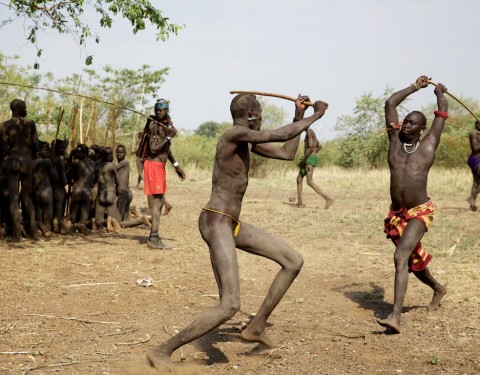 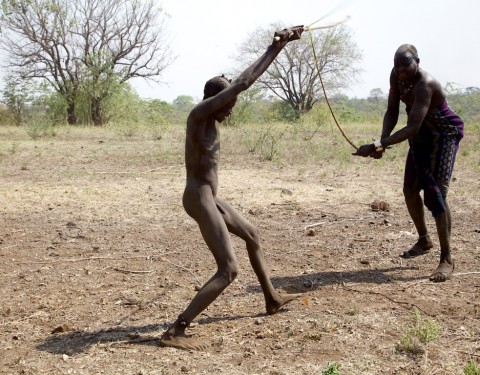 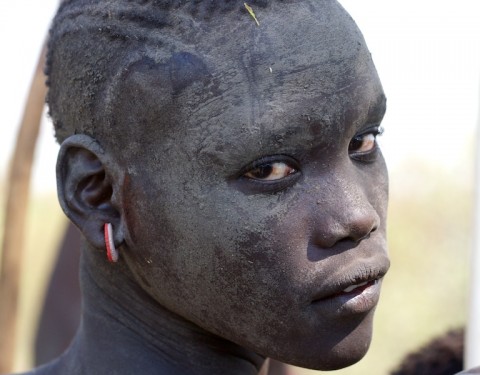 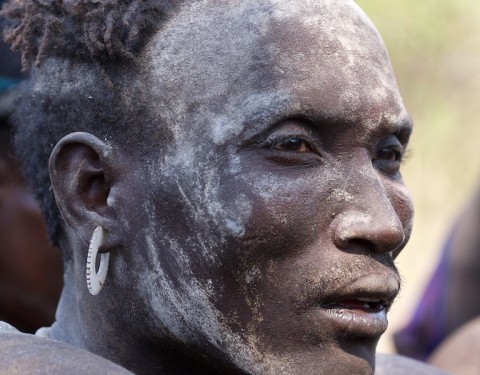 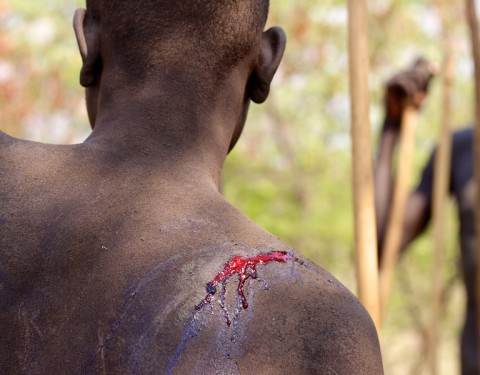 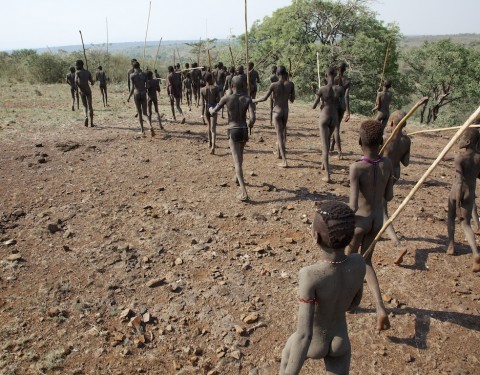 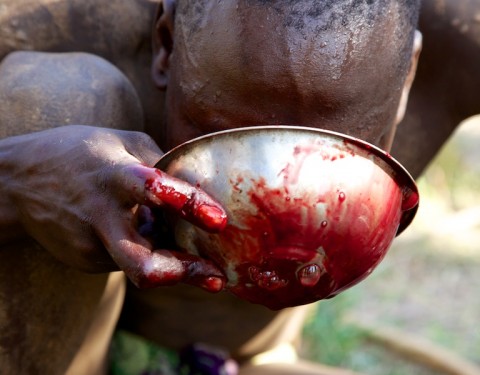 The Terro (or Terru) Donga or korda kôma is a traditional Mursi rite of passage to manhood.

It involves the young males in the Terro age group (teens and boys) facing their elders (Barra or Rorra) in bouts of one-to-one combat in an arena in a clearing in the bush.

The Terro sit naked in a group of perhaps 100 or so awaiting their turn to fight.

Each is then led out alone by a single Barra (young elder) who carries a very long whip which he has cut from a nearby tree. The duel commences as the Terro boy defends himself with only a Donga stick. As quickly as possible he bravely moves in towards his assailant to avoid the whip which becomes entirely ineffective at close quarters.

As the young man reaches his adversary he grapples in close contact until he is pushed to the ground. This immediately ends the contest and he returns to the group to await his next bout.

The Terro boys show no emotion and no pain even when the whip cuts into their skin.

The contest finishes with slaughter of a bull and a feast follows. 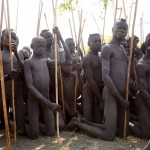 The boys preparing for the Terro Donga kneel and wait for the contest to begin. 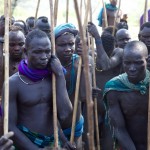 Each young man or boy prepares himself for what lies ahead. 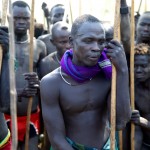 Although the Terro Donga is a right of passage into manhood it is a process that will require both skill and courage. 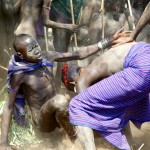 Mursi Boy is taken out to the Terro Donga arena

Mursi Boy is taken out to the Terro Donga arena

A reluctant participant is taken to the arena 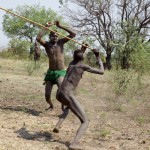 The boy protects himself from his assailant using a strong stick to block the whip.

Courage and confidence are important when facing a Rorra (young elder). 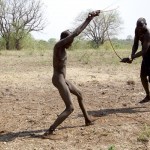 The whip is innefective once held on the participants stick and he can close in to avod being struck. 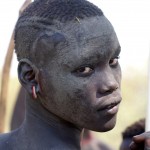 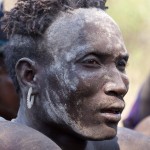 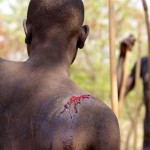 Sometimes the whip finds its mark 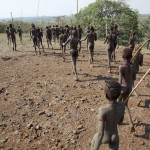 After the Terro Donga the boys move out of the arena for a feast. 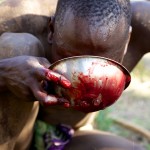 The feast starts with the drinking of the bull’s blood.