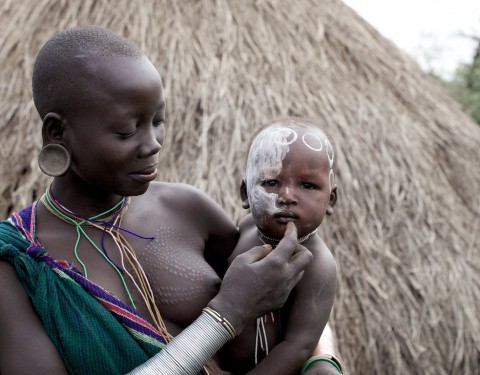 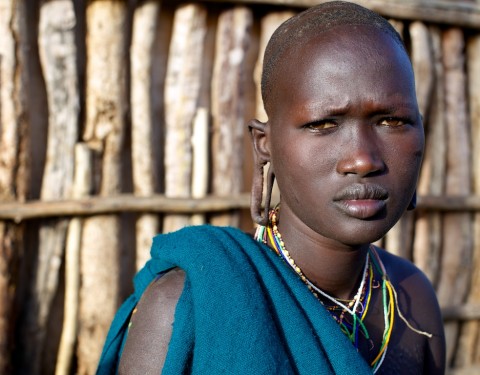 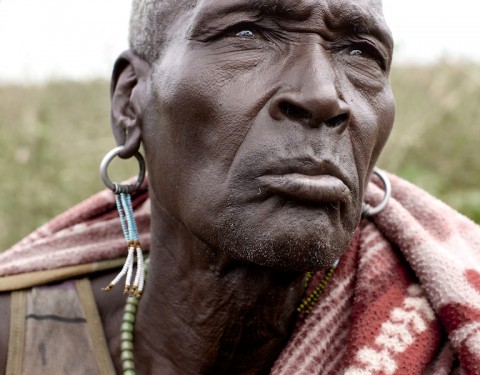 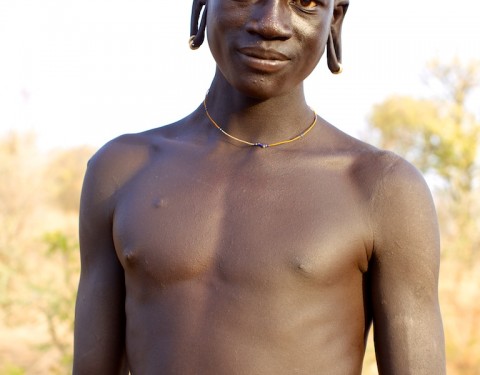 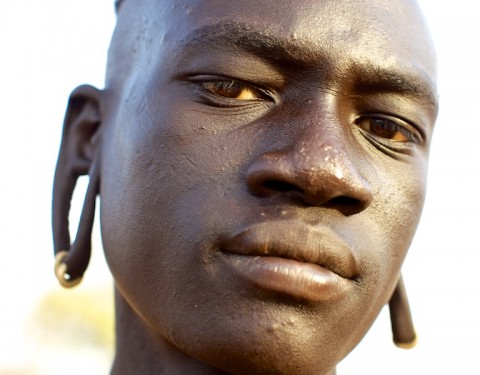 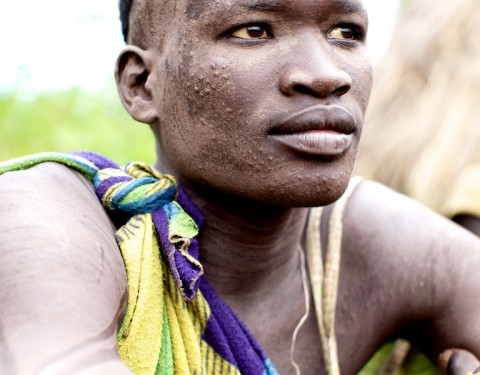 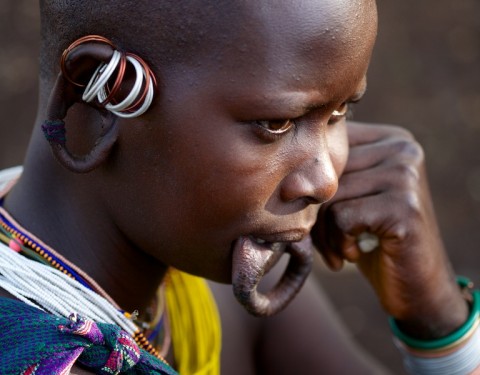 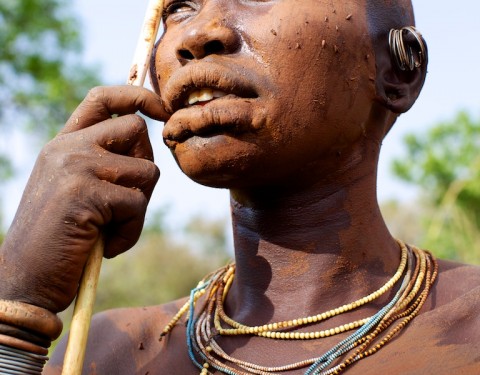 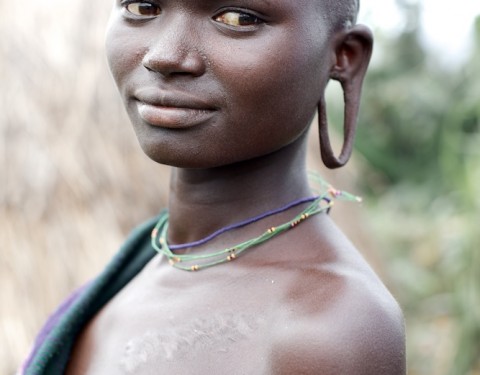 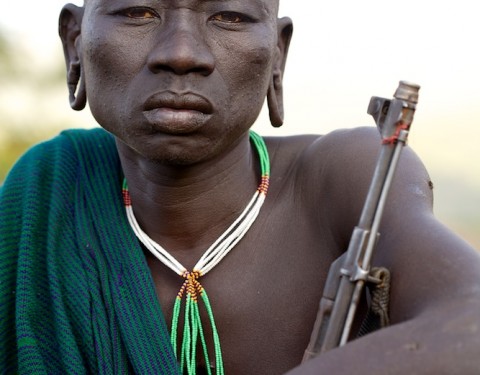 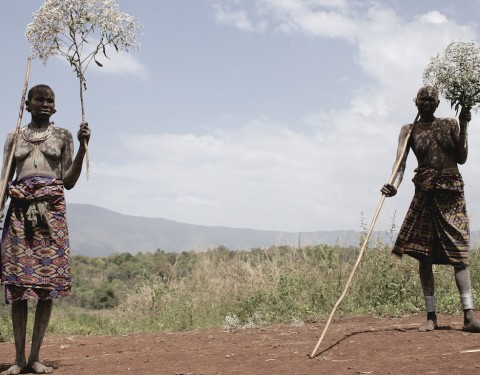 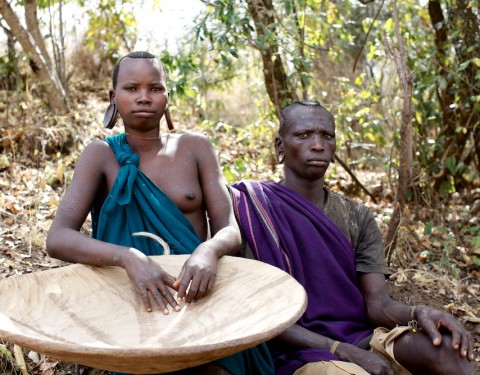 The Surma or Suri people live in the southwest plains and hills of Ethiopia in the Omo River Valley.

A Nilotic pastoralist tribe, the epicentre of Surma life is their cattle. So much so, every young male is named after the family cattle. The Surma also subsistence farm in the uplands growing maize, tobacco, plantain and cassava and other edible crops. Some also pan gold from the Kibish River.

Both men and women paint and scarify their bodies often creating intricate and delicate patterns.

The household is run by the woman. The women often wear lip plates made of wood or clay – although many of the younger women are now giving up the practice. The bottom teeth are removed to facilitate the wearing of the lip plate. The ears are also usually pierced for the wearing of a plate or plug. The origins of the wearing of lip plates are lost in the mists of time but slavers would not take women with this disfigurement and so this may have added to the custom’s growth and expansion within both the Surma – and their ethnically close relatives – the Mursi peoples.

Ritual stick fighting is the sport of choice for young Surma men and is the way they prove themselves to the young women and potential brides.
Although the Surma are a remote and independent people, rapid modernisation is taking its toll quickly on this ancient landscape and its traditional way of life. Although the people are often fiercely resistant to change resettlement and a complete change of lifestyle now seems inevitable for many.

Being allowed to take someone’s portrait is a true privilege and is a unique relationship. Long after the moment has passed the image remains. A 125th of a second frozen in time and place.

I have been fortunate enough to photograph fabulous faces; mostly African many in places of hardship and difficulty. Everyone I  photograph has to be a willing subject and for many there is real novelty and often hysterical laughter when they see their own image – more often than not for the first time – on the digital screen. 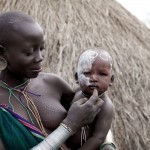 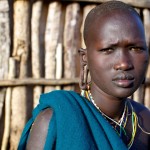 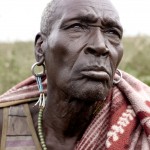 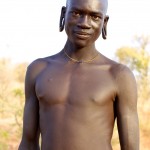 The young men are sent out to stay with the cattle deep out in the grasslands. This prepares them for manhood and the duties of a warrior. 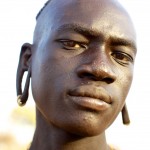 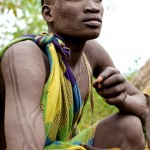 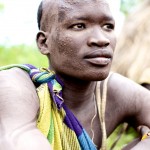 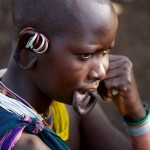 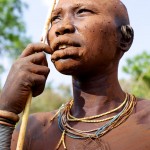 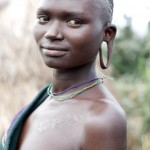 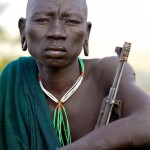 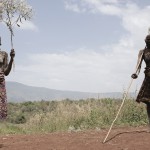 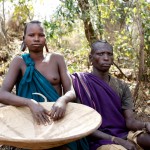 The Surma pan for gold along the Kibish River. The quanities gleaned are generally very small and the work is hard but for some a living can be made. The gold is sold in the nearby towns to dealers.