Dassanech Tribe – Preparing for The Dimi 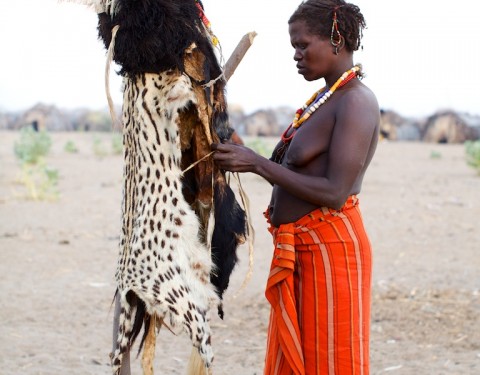 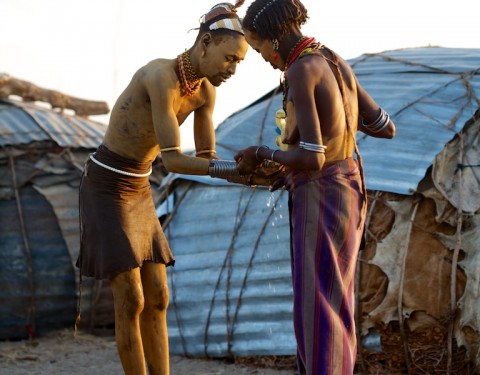 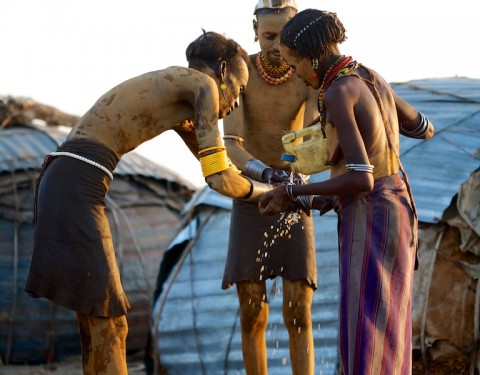 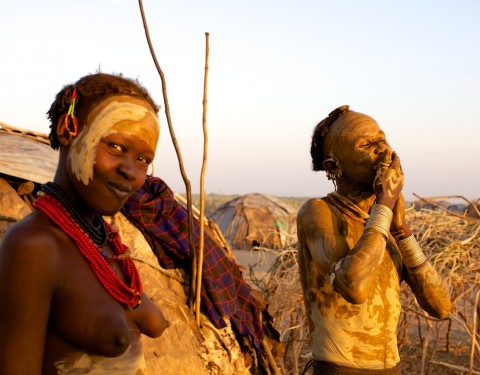 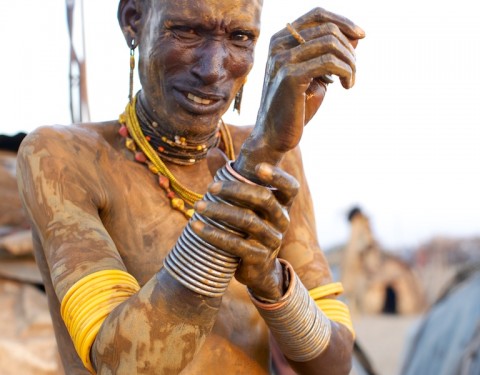 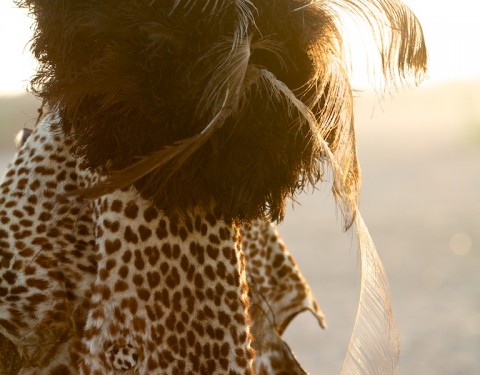 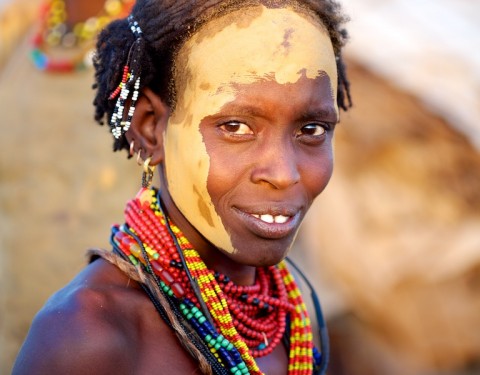 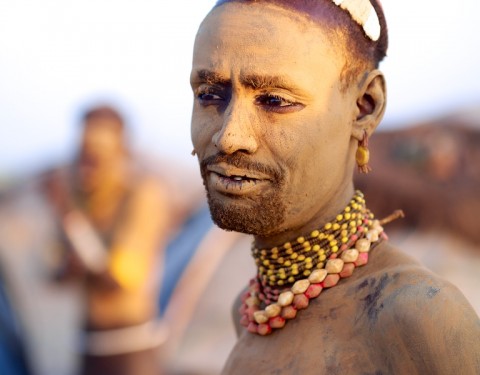 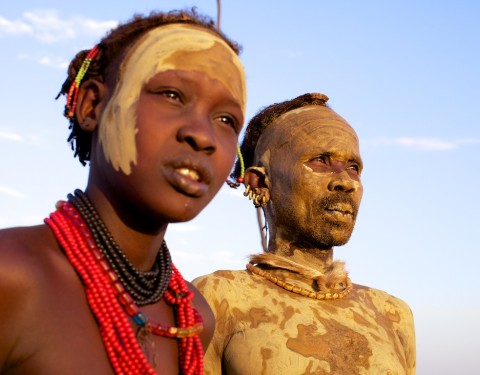 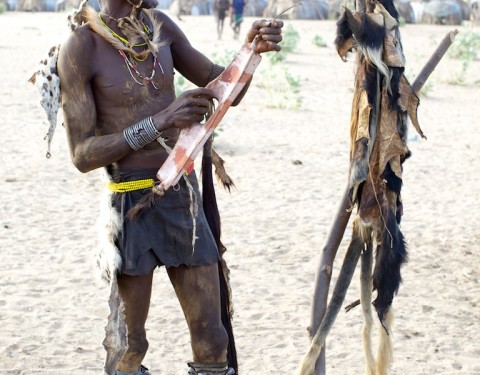 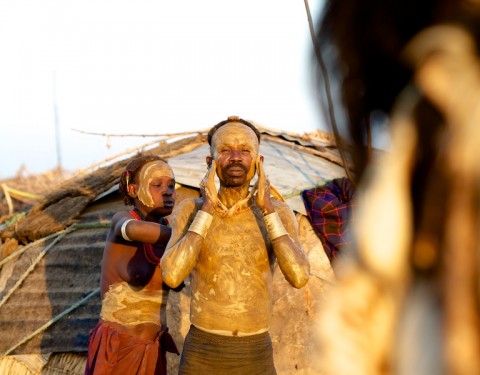 The Dimi is probably the most significant Dassanech ceremony.

It is a highpoint of a Dassanech man’s life as he prepares for his daughter’s circumcision prior to marriage; simultaneously the man attains his elder status in the community.

Each father partaking in the Dimi ceremony paints himself with yellow mud and wears an outfit comprising a black ostrich feather hat, a leopard skin cape, a giraffe tail armband, a short leather loin wrap and bells on both his legs. He carries in one hand a small triangular wooden shield painted red and white and in the other he carries a very long stick reminiscent of a lance or spear. The ceremonial outfit hangs on a pole outside a specially constructed family house in a temporary Dimi village.

The mothers, similarly painted, wear a cape made from a colobus monkey skin over a leather skirt and carry a wooden spoon or baton.

The men march from house to house stopping to chant and dance at each hut. The women join in to the ceremony as the men arrive at their house and then into the procession as it makes its way around the village.

The Dimi’s precise origins are unknown but it has a distinct military appearance which perhaps has some connection to vanquished 19th Century European soldiers who attempted and failed to colonise the region.

If a girl is not circumcised, she cannot marry and her father wont receive her dowry.

At the end of the ceremony, which is performed night and morning over several weeks, cattle and goats are slaughtered for a tribal feast. 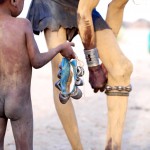 Preparing for the Dimi Ceremony 4 – Dassanech

Preparing for the Dimi Ceremony 4 – Dassanech

Dressing and preparation for the Dimi ceremony seems almost as important as the ceremony itself. 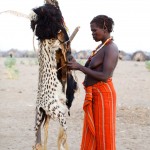 A Dassanech mother prepares for the Dimi Ceremony

The mothers of the pre-circumsicion girls play as important a role in the Dimi ceremony as the fathers. 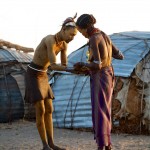 Preparing for the Dimi Ceremony 1 – Dassanech 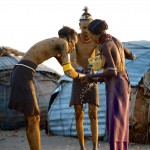 Preparing for the Dimi Ceremony 2 – Dassanech 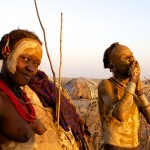 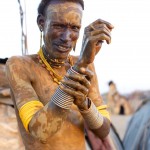 Painting the face and body with yellow mud is the first part of preparation for the Dimi ceremony. 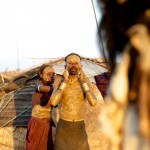 Preparing for the Dimi Ceremony 3 – Dassanech 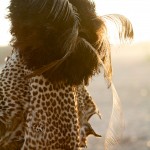 The men’s Dimi costume comprising an ostrich feather hat, a leather kilt, a leopard skin cloak, leg bells and other paraphernalia hang on a special pole outside each family’s house. The women’s Colobus monkey skin tunic and belt also hangs underneath. 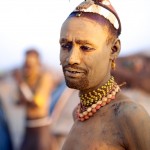 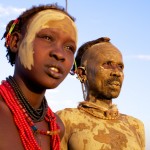 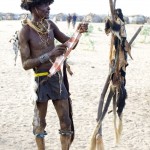 Dressing for the Dimi 1 – Dassanech Man