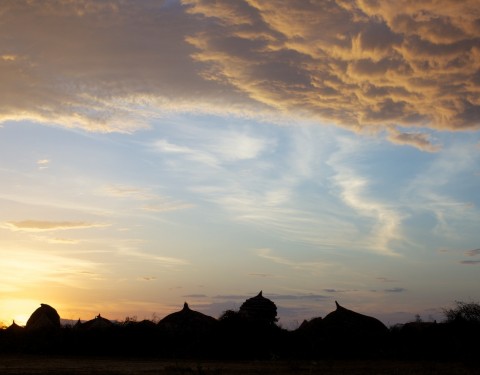 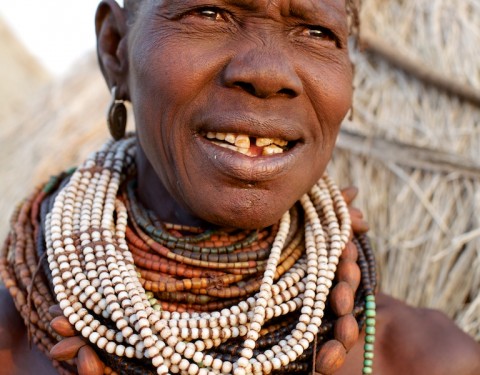 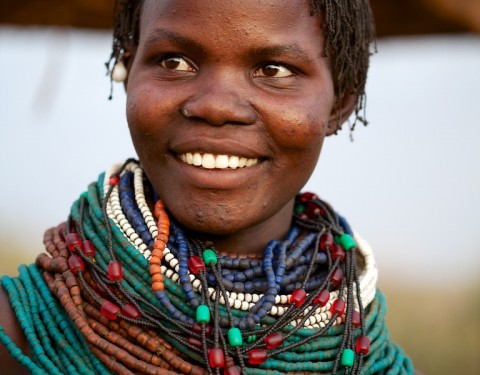 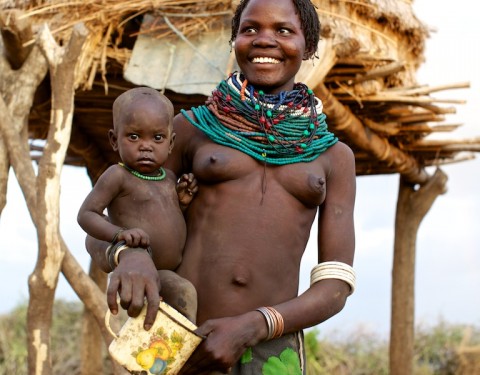 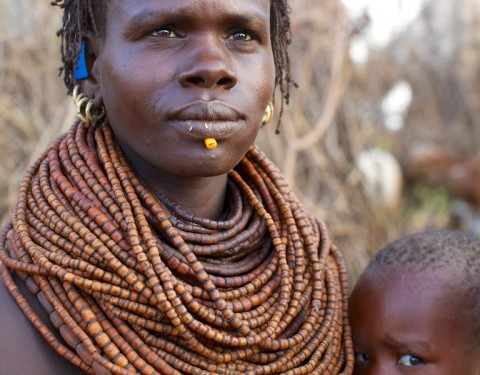 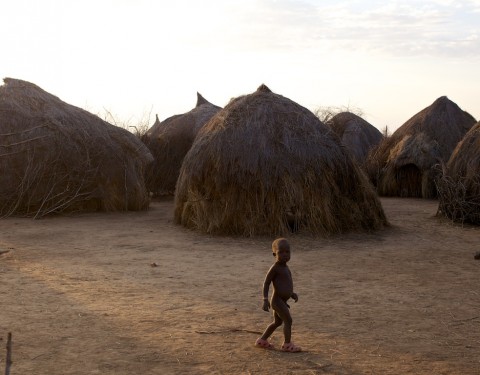 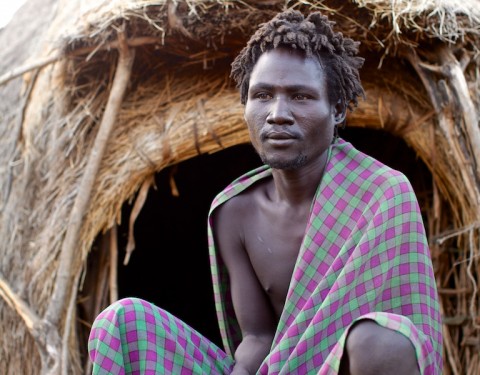 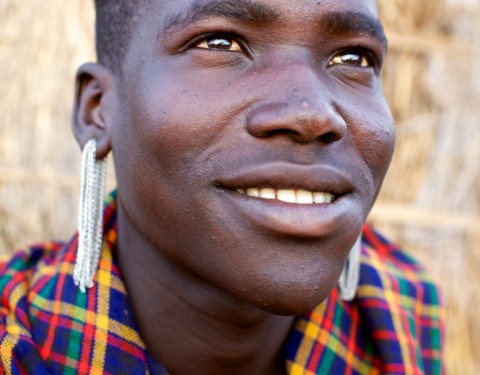 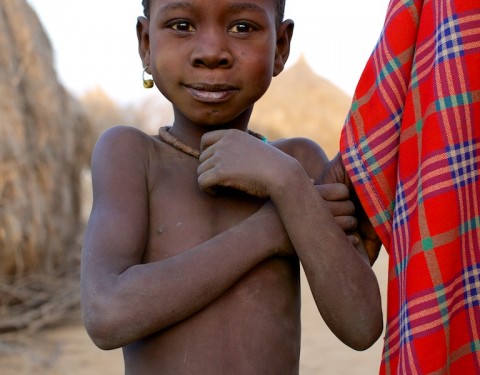 The Nyangatom tribe are a polygamous warrior tribe who probably arrived in Ethiopia in the mid 19th Century from Sudan and/or northern Uganda.

They are pastoralists living on the western side of the Omo River in the arid, semi-desert lands close to the Ilemi Triangle between the Surma (Suri), and Dassanech peoples.

Smaller number of the Nyangatom grow crops of sorghum, maize and tobacco along the banks of the Omo River.

They are known for their singing and storytelling and during the evening and into the night the village will often be alive with the sounds of singing and children’s laughter.

They are also insultingly known by their Surma/Mursi name of Bume which means ‘smelly people’.

They are under pressure from drought and meagre grasslands and take their cattle deep into their traditional lands in the Omo National Park as far as the Kibish River to find grazing.

They both trade and feud with their neighbours and are also frequently raided by their linguistic relatives, the Turkana.

When a Nyangatom warrior kills an enemy in a raid or defending livestock he will scar his upper body or shoulder to release ‘bad’ blood. 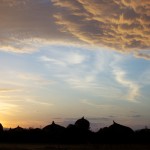 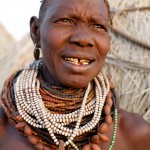 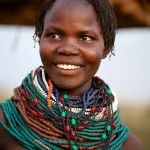 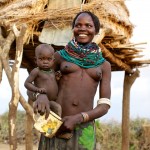 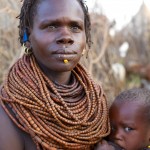 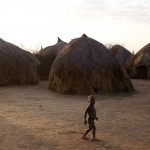 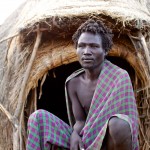 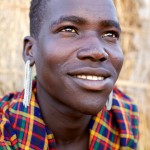 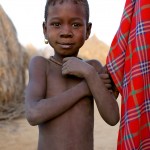