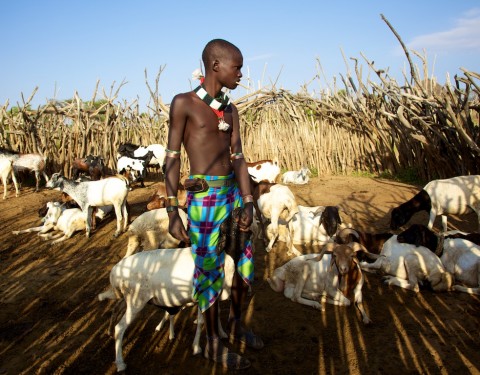 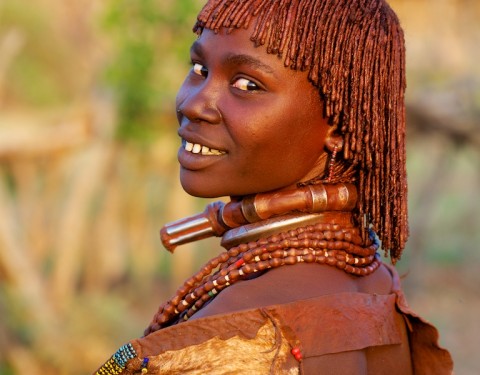 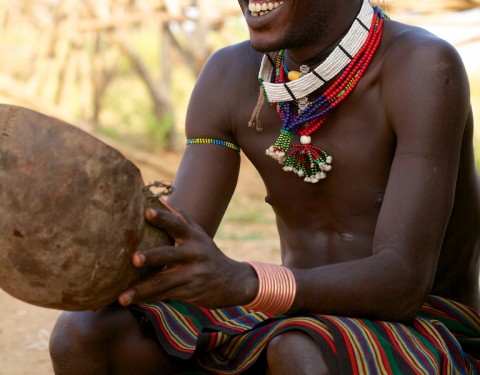 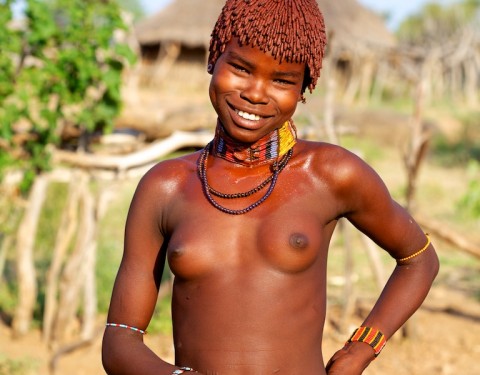 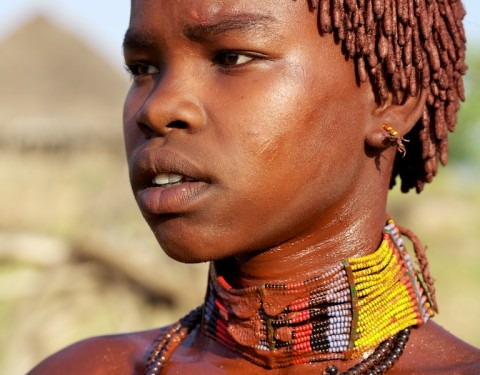 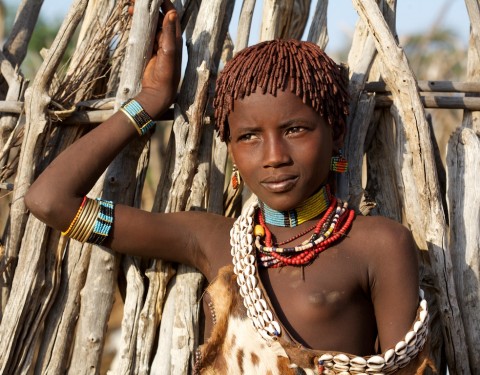 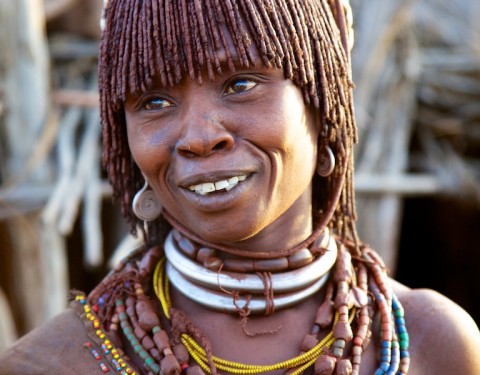 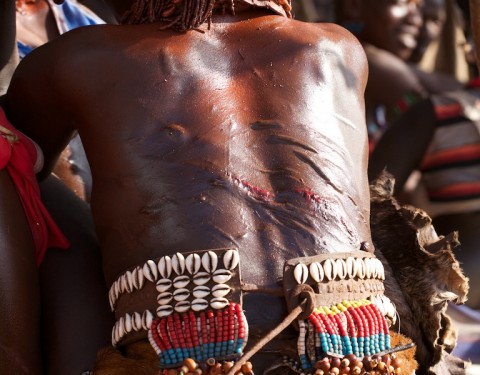 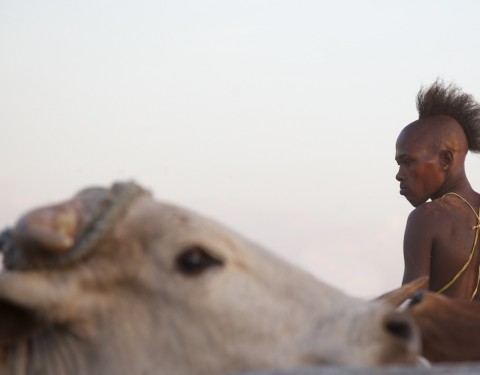 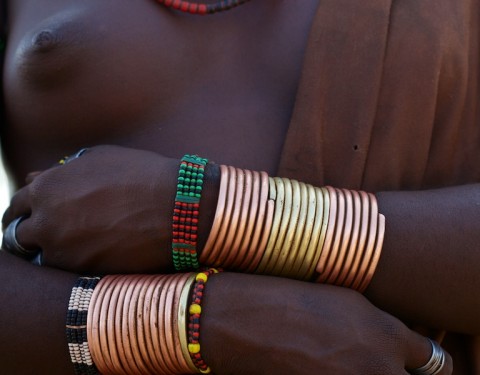 The Hamer are a relatively large Omo Valley pastoralist tribe raising cattle and goats. The tribe live on the eastern side of the Omo River.

Their traditional lands cover a significant area and the land itself is owned collectively by the tribe.  Women and girls with their highly distinctive braided hair and ochre painted skin, wear beads and metal bracelets and animal skin dresses or skirts. The women of the community grow and tend the crops, run the house, collect firewood and fetch water.

Older children look after the livestock, whist the warriors and elders protect the villages and stock from raiders; they also produce honey from the many acacia trees.

Bull Jumping (or more accurately, cattle running) is a major tribal ceremony. Large numbers of people gather to watch and support a young man as he reaches manhood status in the tribe and also prepares for marriage. His close women relatives are whipped to give him strength for his ordeal.

Up to 30 (but more usually 10 – 20) bulls and cows are positioned side by side and the naked runner has to cross their backs four times in each direction from the ground.  His friends and male relatives hold the animals in position while the women clap, dance and sing in encouragement.  The young man has to succeed in this once in a lifetime challenge for his wife to be able to inherit. 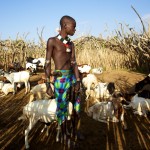 Askar with his flock 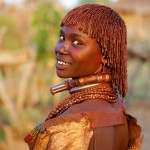 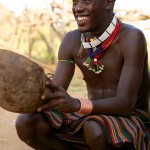 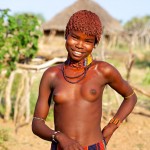 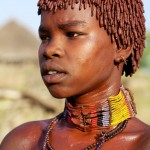 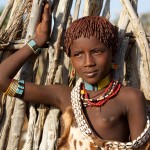 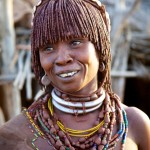 Portrait of a Hamar Woman

Portrait of a Hamar Woman 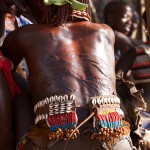 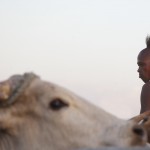 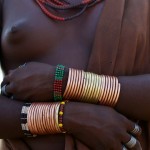