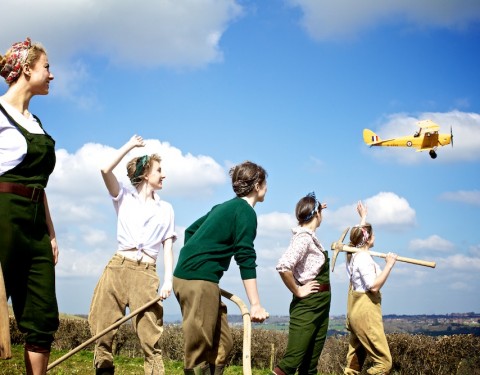 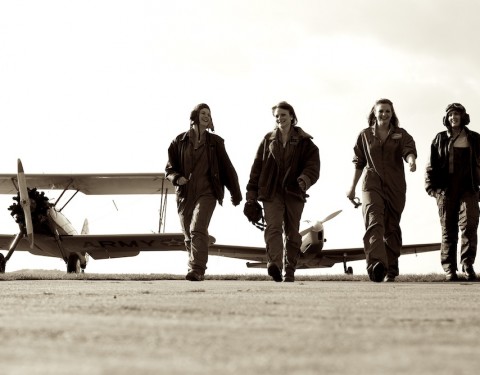 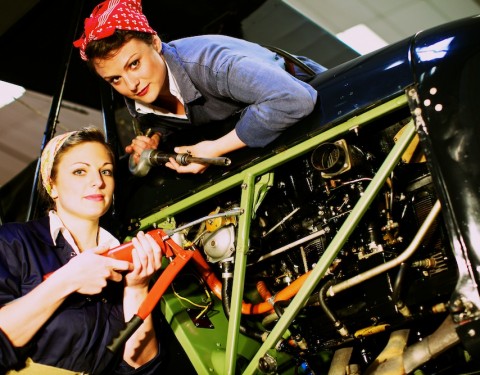 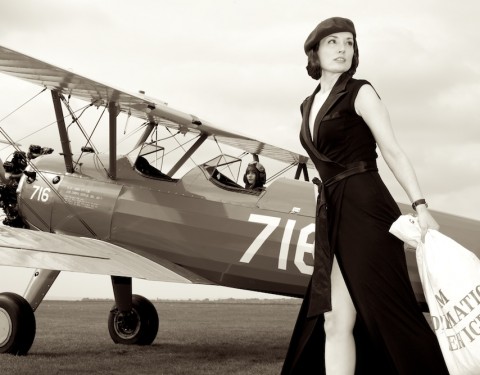 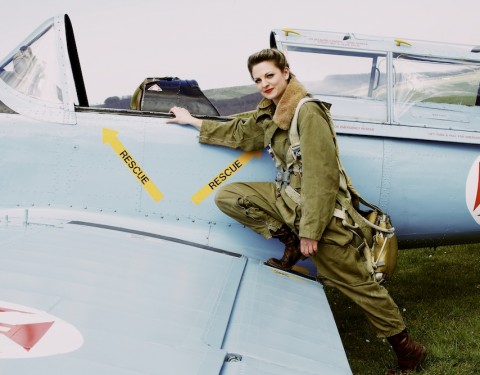 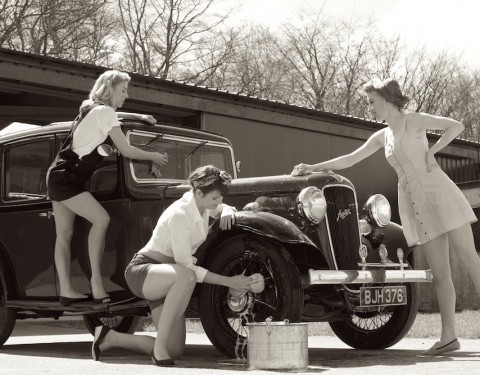 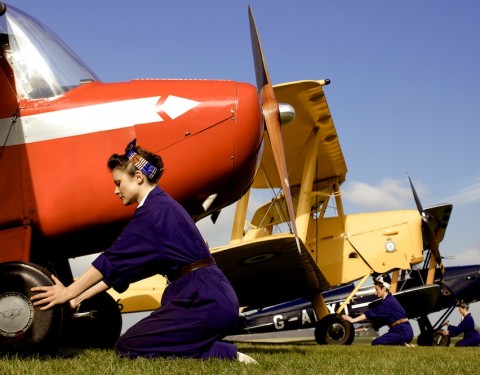 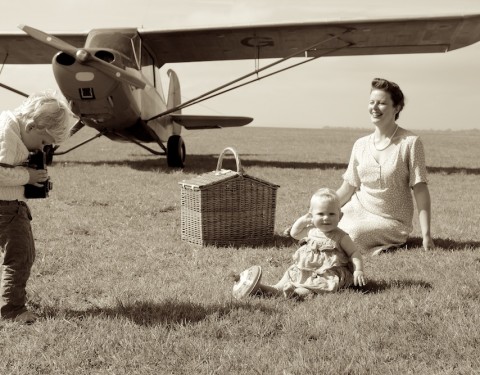 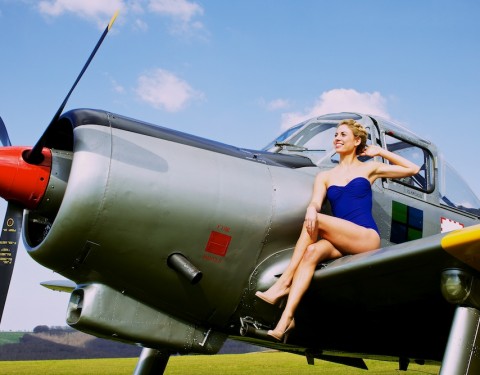 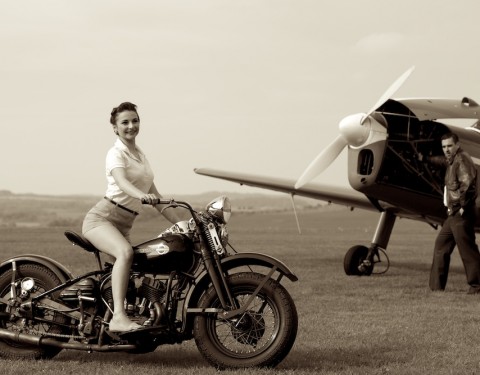 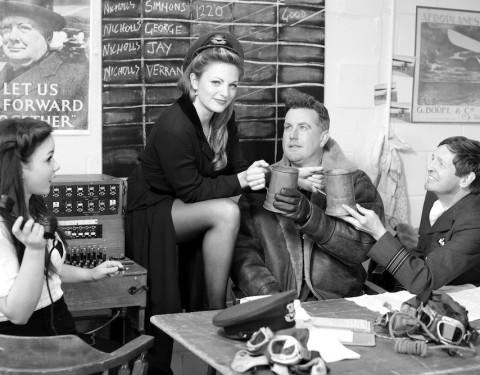 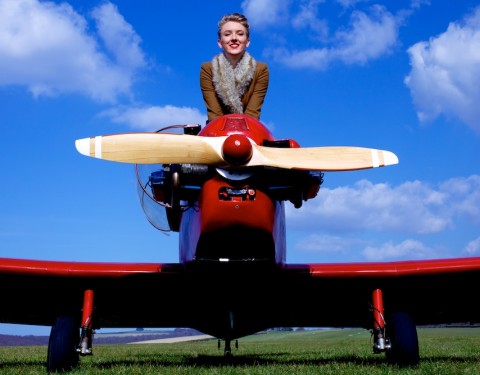 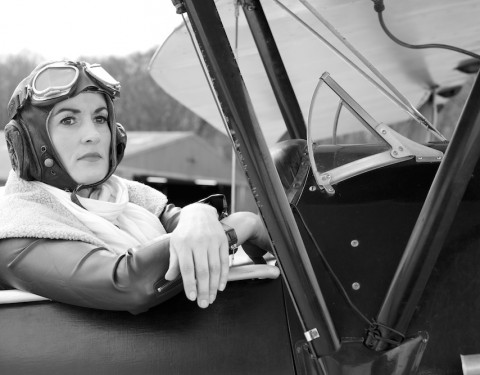 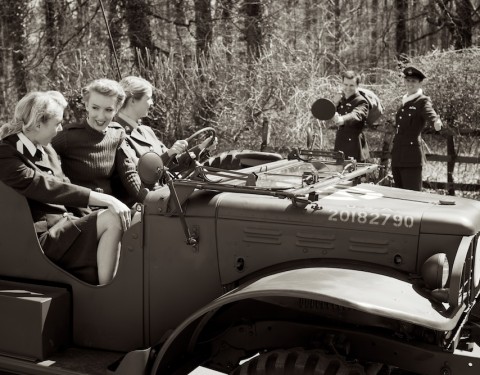 2014’s Compton Abbas Airfield calendar has a 1940s wartime theme and aims to capture a series of narratives from the period.

All the pictures – bar one – were taken using a Canon EF 50mm f/1.2L lens to help create an authentic period look. The exception being ‘The Harley’ which was taken with a Canon EF 100mm f/2.8 lens.

To create a convincing period look with a modern digital camera, even one as good as the Canon Eos 5D Mark II, is always going to be a challenge. Back then 35mm camera lenses were often less precise; film stocks were significantly different and print fixing more haphazard. Then there’s the whole grain issue to deal with. So rather than to attempt to age the photographs to look like a ‘40s picture that has been around for over sixty years with all its commensurate wear and tear, we decided instead to create the pictures to look as close as possible to the way they would have looked freshly printed at the time.

All the proceeds of the sales of the Compton Calendar raise money for The Waterloo Military Families Fund. The beneficiaries being the Army Benevolent Fund, Caring for Courage, SSAFA, Combat Stress, Defence Medical Welfare Service and Scotties Little Soldiers.

Many, many thanks to all the diverse people concerned both in front of the camera and behind the scenes without whom this production would not have been possible. 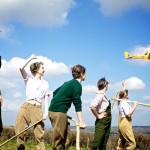 During the Second World War many of Britain’s women and girls moved onto the land to keep vital agriculture going. 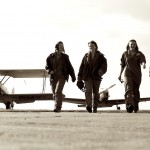 The Air Transport Auxiliary (ATA) delivered over 300,000 wartime aircraft for the Air Ministry. Many of these pilots were women. 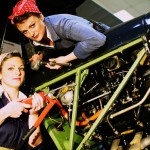 Rosie was an iconic American wartime invention to encourage women left at home to work to support the war effort. They volunteered in their millions. 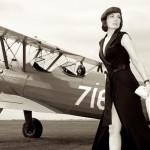 The average life expectancy of a spy in the field during WWII was just 3 months. 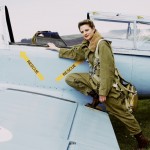 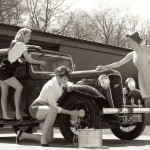 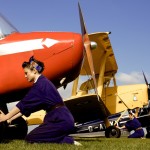 The war meant that every spare pair of hands had a job to do. Defying the conventions of the age changed the woman’s role in British society permanently. 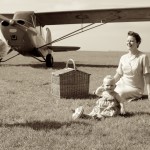 The 1940s saw the evacuation of millions of people from the cities to the comparative safety of the countryside. Many of the evacuees were children. 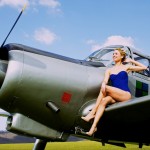 The term Pin Up Girl was first used in the 1940s and the popular images helped to boost morale amongst the troops. These stylised poses became popular as nose art for aircraft. 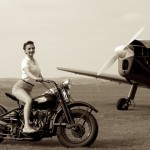 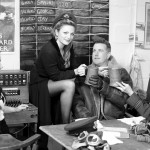 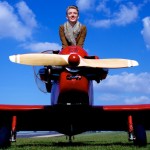 Cat as Joan Hughes with a Taylor Mono Plane. At 17 Joan became Britain’s youngest female pilot. She joined the Air transport Auxiliary and became the only woman to instruct on all types of wartime military aircraft. 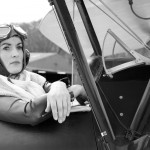 Vicky as Amy Johnson in a Tiger Moth. Amy was the first female in the world to qualify as a ground engineer. She also flew solo to Australia in a Tiger Moth at the age of 27. 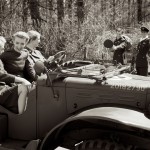 Fuel was scarce during the 1940s and off duty service personnel often shared transport. For the first time hitchhiking became popular way to get around.